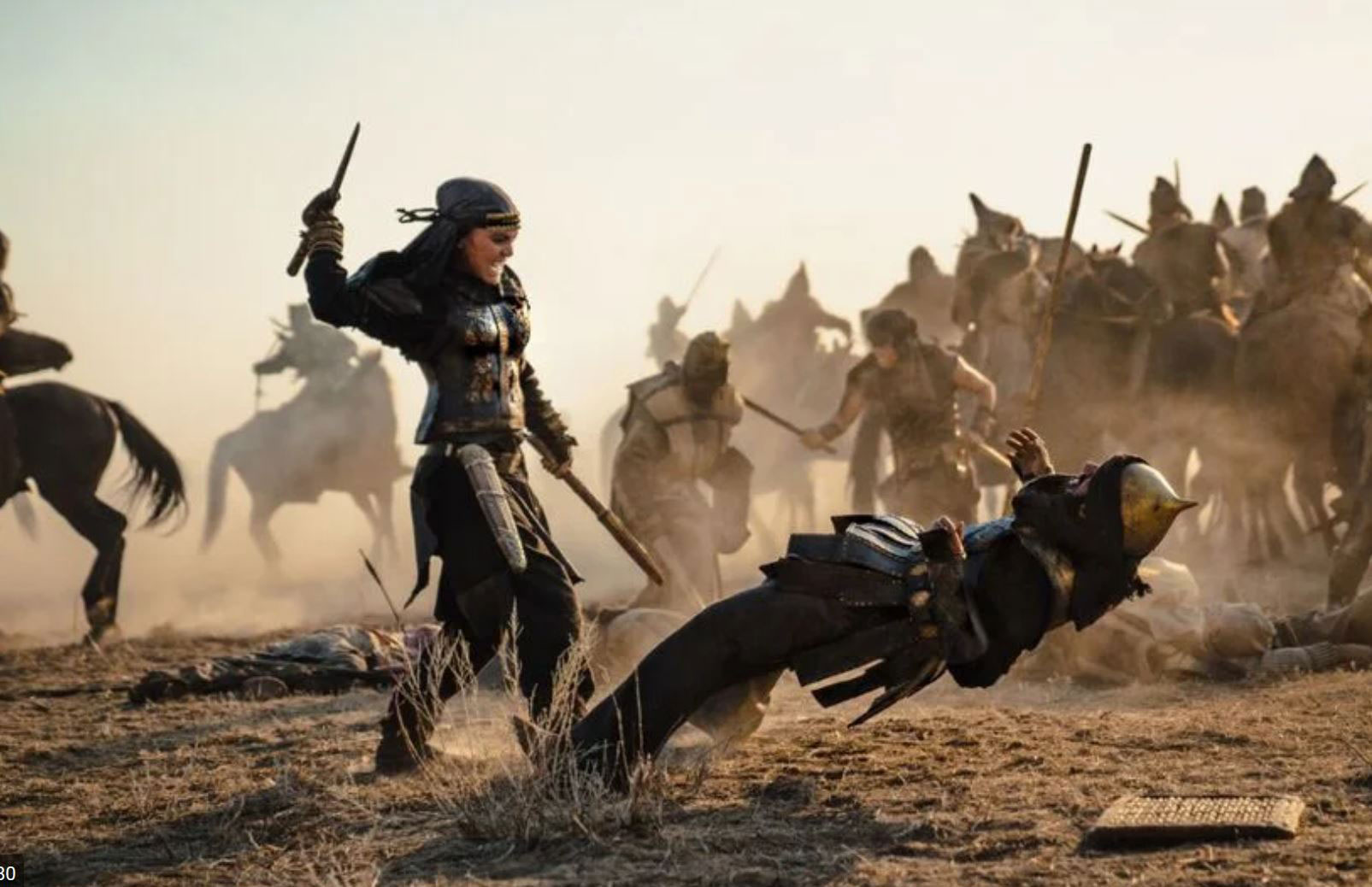 Based on true events, the movie tells the story of Queen Tomiris, a real historical hero. She, along with her female warriors, inspired the legends of the Amazon warriors. Queen Tomiris lived 2,500 years ago but her legacy lives on and continues to inspire today. She was a mother, warrior, and an incomparable strategist credited for the creation of female warrior divisions. Her beauty inspired many artists in Europe and her life was described in great detail in the chronicles of the Greek historian Herodotus. Her legacy still inspires thousands of women throughout Central Asia.

The film was shot in an ancient Turkic language that isn’t spoken anymore. That added extra hardship for actresses and actors who also were performing their breathtaking stunts. No animals were harmed in the making of the film, though.

Tomiris is directed by multiple-award-winning director Akan Satayev and stars Almira Tursyn as the Queen. The historical drama won many hearts in Kazakhstan and brought record numbers to the box office.

The movie begins with the birth of Tomiris and follows her along her journey of becoming a fierce warrior who wields a bow and arrow even while riding on horseback. The queen’s costumes are beautiful with intricate weaves of gold in the form of headpieces and breastplates.

The epic production has historical significance, and it helps people to understand the role Queen Tomiris played in the history of present-day Central Asia. Queen Tomiris united the surrounding tribes and successfully forestalled the likelihood of slavery and invasion by a foreign kingdom. Tomiris is identified with her people and her land, protecting freedom for an entire people to the point of bloodshed.

This historical drama depicts important icons to Central Asia such as the horse and the Great Steppe, which continue to represent Central Asia today. The Eurasian Steppe, also called the Great Steppe or the steppe, is a vast area in Eurasia. The steppe biome is a dry, cold grassland found in all the continents except Australia and Antarctica. There isn’t much humidity in the air because the steppe is located away from the ocean and close to mountain barriers.